Up one level: Installation
Previous: Failing and Removing a Device From a RAID 1 Array in Linux
Next: Advanced Partitioning and Disk Layout During Installation

This document will not consider those instances of dual boot or multiple operating systems because this is purely about the Fedora Linux disk layout. It also assumes the installation is performed onto empty, unpartitioned disk drives, or that any existing partitions have been deleted.

Note that other distributions, such as Ubuntu also use a similar default layout.

Default Layout Prior to Fedora 14

Let’s start by describing the default disk layout for versions of Fedora at release 14 and earlier. As mentioned above, it is very simple; it contains only two partitions as shown in the following table. This is also the default partitioning for later Fedora releases that have small hard drives, i.e., less than about 75GB.

The default disk partitioning layout created by Anaconda, the Fedora installation program, is very simple and provides a decent option for most unsophisticated or inexperienced Linux users. There is absolutely nothing wrong with it in many instances where the computer is going to be used as a desktop for an individual non-power user. Power users and those installing servers or specialized workstations should consider other options that will provide more flexibility and better use of disk space.

I use this default layout for some workstations. I also use it for testing new releases and distributions to simplify and speed installation time and because there is no reason to worry about other partitioning for a test — unless the test is about partitioning.

Default Layout For Fedora 14 and Above

This partitioning layout does provide a separate partition for /home on larger hard drives. It is a better partitioning option than a single large one.

This layout provides for maximum use of disk space with no need for administrative intervention to reallocate disk space.

It’s primary disadvantages are that if the disk fills up due to a runaway process the entire system can crash. Loss of or damage to metadata on the only partition can be catastrophic and the entire system will have to be reinstalled.

Selecting this default layout during installation is also simple; make no changes and click the Next button. 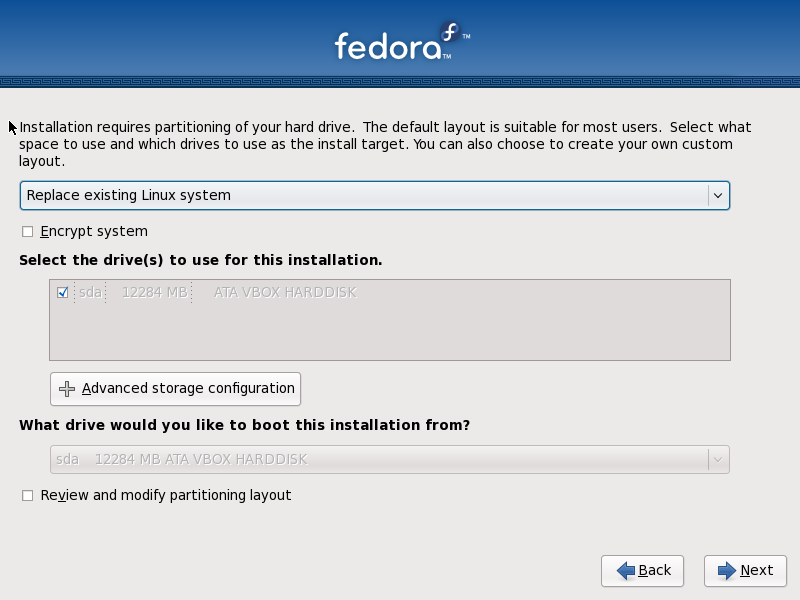 Figure 1: To accept the default disk layout simply click on the Next button

Note: The default selection of Replace existing Linux system is the correct option if there has never been any operating system on the selected hard drives. You may wish to make one change here, to choose the Use entire drive option if you will have any other operating systems on this computer that you want to replace. 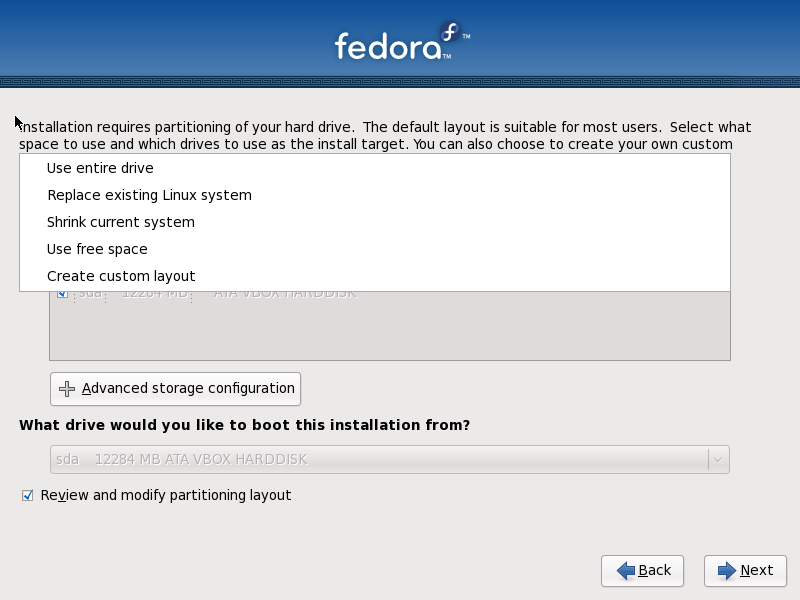 Although the look and feel of these panels change from release to release, the options are the same or very similar. At least until Fedora 18 which has no options to easily delete or replace existing partitions. Hopefully that will change as the new Anaconda installer in Fedora 18 and higher matures.

Up one level: Installation
Previous: Failing and Removing a Device From a RAID 1 Array in Linux
Next: Advanced Partitioning and Disk Layout During Installation

Any given program costs more and takes longer.