KDE was born as the Kool Desktop Environment on October 14, 1996 with an announcement that you can read, if you are interested, at the URL below. 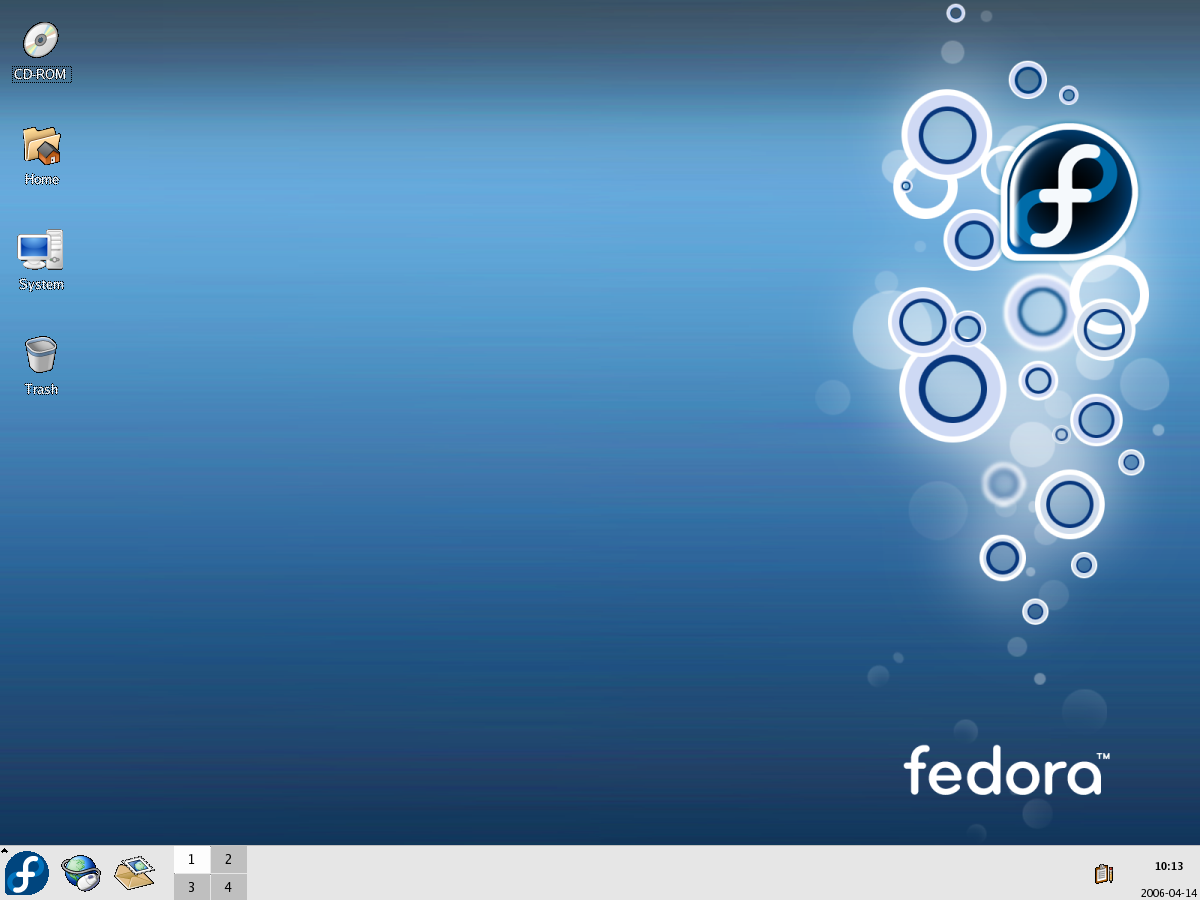 The basic components of the desktop are “the desktop” which is considered to be all of the open space not taken up by icons such as the ones in the upper left corner of the desktop, or other objects like the panel at the bottom of the desktop. In Figure 1, “the desktop” is the entire blue area which includes the “Fedora” text and the bubble background on the right. The panel at the bottom of the screen is used to launch programs and contains some useful tools such as a clock, the main KDE Menu icon from which you can access a series of menus to launch many different programs and tools, as well as individual launchers for various programs.

Note that the icons on the KDE Panel look different in different versions of Fedora. Other distributions also may use different icon themes and you can choose from many different sets of icons yourself. As a result, you may see many different icons that may represent the same application or function. I will try to show you some of the the ones from different Fedora versions and icon sets in this book so that you will recognize them when you do see them.

Red Hat packages KDE with its Fedora Linux distributions, and it does some customization to make KDE look like we have seen so far. Before Red Hat does its customization, KDE looks more like Figure 3, which is the default look for KDE as it is provided by KDE.org which is the organization responsible for coordinating development of KDE. You can visit their web site at www.kde.org to see the latest version of KDE and to download themes and background wallpaper.

(1)The Linux GUI runs on a base called the X Window System. The X Window System, usually shortened to X, was developed at MIT in the 1980’s. X is common on Unix systems. X is simply the underpinnings – the enabler, if you will – for the different desktop environments such as KDE and GNOME. The current implementation of X that is used for many distributions is Xorg.

Any system which depends upon human reliability is unreliable.