KDE 4.2.4 is the latest incarnation of the Kool Desktop Environment. First released in January 2008, KDE 4.0 was far from ready for most users. I even refrained from installing Fedora 9 because KDE 4.0 was essentially unusable for the things I needed. KDE 4.2.4, however is much more stable and I find it very usable for myself and my consulting clients. It is available with many distributions including Fedora and Ubuntu as the Kubuntu distribution.

Information about other GUIs such as GNOME can be found in other books. You can also visit the KDE website at www.kde.org for more details about the KDE Desktop Environment as well as many downloads of programs, wallpapers and themes designed especially for KDE. Many programs written for the GNOME Desktop also work on KDE. 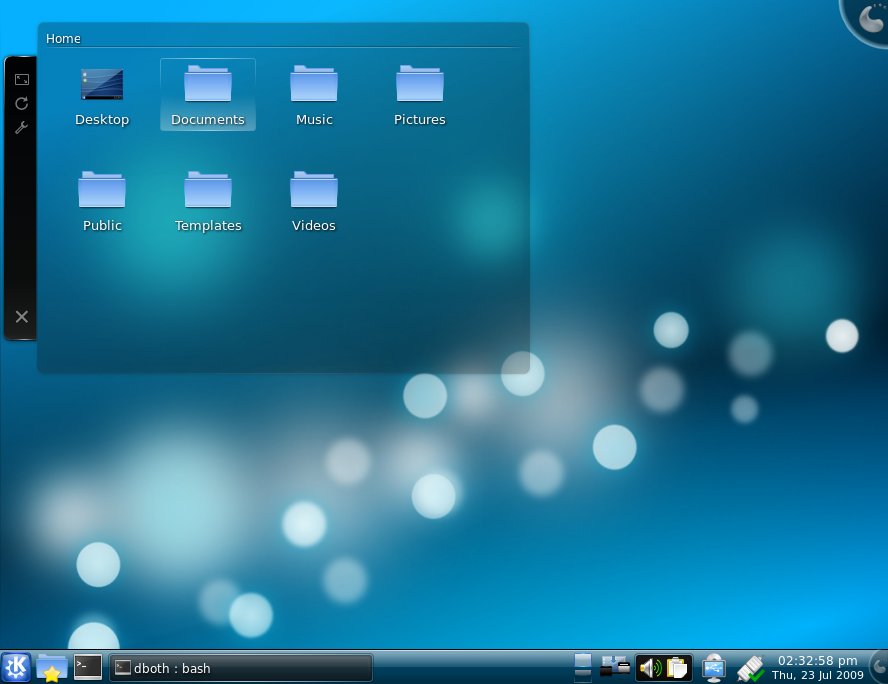 I am using Kubuntu for the figures in this chapter to show how very similar the KDE GUI makes Fedora and Kubuntu for the end user. Any differences are so small as to be irrelevant.

The basic components of the desktop are “the desktop” which is considered to be all of the open space not taken up by icons such as the ones in the upper left corner of the desktop, or other objects like the panel at the bottom of the desktop. In Figure 1, “the desktop” is the entire blue area which includes the bubble background.

The panel at the bottom of the screen is used to launch programs and contains some useful tools such as a clock, the main KDE Menu icon from which you can access a series of menus to launch many different programs and tools, as well as individual launchers for various programs.

Note that the icons on the KDE Panel look different in different versions of Fedora. Other distributions also may use different icon themes and you can choose from many different sets of icons yourself. As a result, you may see many different icons that may represent the same application or function.

Red Hat packages KDE 4 with its recent Fedora Linux distributions beginning with Fedora 9. You can visit the KDE web site at www.kde.org to see the latest version of KDE and to download themes and background wallpaper.

The KDE 4 desktop shell is known as Plasma. It is a radical departure from previous desktops like KDE 3.5 in many ways, but it still provides all of the expected and required operational functionality of previous desktops and much more as well. 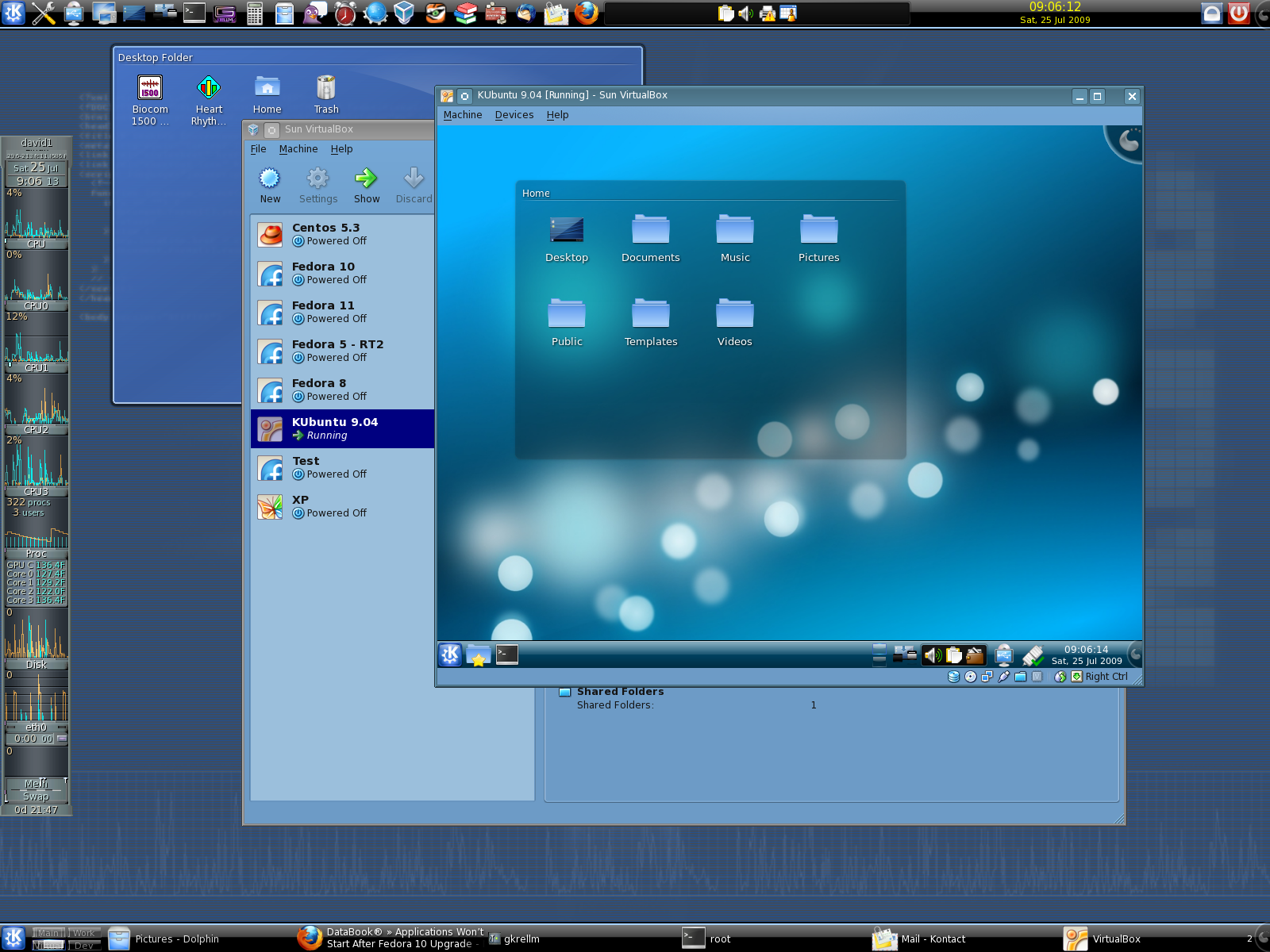 Figure 2: Here is my Fedora 11 desktop with Kubuntu running in a virtual Machine under VirtualBox. Notice the large number of launchers in the KDE Panel along the top of the screen. I have also placed a second Panel at the bottom of the screen for a wide Task Bar that lets me see and switch between large numbers of running applications.

Active icons and plasmoids change color or display some other animation when the mouse pointer passes over them. This action may cause them to display activation or configuration options available to you as the user.

KDE 4 introduced the concept of “plasmoids” to the KDE Desktop. Plasmoids are small useful applets that can be placed on the desktop, in the KDE Panel or in the KDE System Tray. Plasmoids are also known as widgets. The Home folder on the desktop in Figure 1, above, is an example of a Plasmoid. It can be moved, sized rotated and configured in other ways without changing its basic functionality in any way.

(1) The Linux GUI runs on a base called the X Window System. The X Window System, usually shortened to X, was developed at MIT in the 1980’s. X is common on Unix systems. X is simply the underpinnings – the enabler, if you will – for the different desktop environments such as KDE and GNOME. The current implementation of X that is used for many distributions is Xorg.

If a program is useful, it will have to be changed.